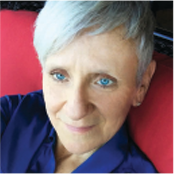 Journeying into the unknown self

Over the past decade I started to awaken to the vastness of my true identity in a way I had not experienced before. It began with a dream of immense proportions where my human body transformed into a serpent. Then in rapid succession into a black jaguar and finally into a magician who’s presence filled an entire universe. This dream opened a portal that led me into the field of energy healing where I trained as a shamanic healer. This path called me to Peru, New Mexico, and the Grand Canyon. These geographical locations all held important memories which were vital markers along a path guiding me deeper into my true nature.

As I uncovered my “past” lives my sense of a fixed, individuated self began to dissolve. Linear time slipped away as I continued to access my multidimensional selves. I knew from my previous years of Tibetan Buddhist practice that I had lived as both victim and villain, and everything in between. But not until I journeyed deep into these concurrent aspects of myself did I feel the impact these experiences were having on my current reality. As I connected to my long held feelings of broken-heartedness I felt for the first time a profound sense of self acceptance and self forgiveness. The more self compassion I cultivated, the deeper I healed. The more I shifted, the more healing I observed in others around me. I was living the concept “we are all one” where my personal experiences reflected the collective and the collective, in turn, reflected the personal back to me.

The dissolution process intensified when my galactic identity began to reveal itself. The Star Nations was no longer the untouchable vast cosmos, it was my home, my origin. I began to remember my nonhuman existences as a Pleiadian and a Lyran-human hybrid. My path led me to The Big Island of Hawaii where I uncovered memories of my aquatic existences as dolphin and merbeing. Shortly after, I began to recall the star being interactions I had as a child in this current life. An unfathomable terror surfaced with these memories but as the layers of fear began to fall away astonishing feelings of forgiveness, love and acceptance arose for these beautiful star beings, my galactic soul family.

I eventually came to the edge of my mind where it could no longer contain all that I had become, and all that I had always been. My journey continues as more wondrous realms are revealed and my identity expands beyond the limits of my mind and into the vastness of my cosmic, multidimensional heart.